For our Gluten-Free friends, January 13th is National Gluten Free Day.  Come by and check out our selections. 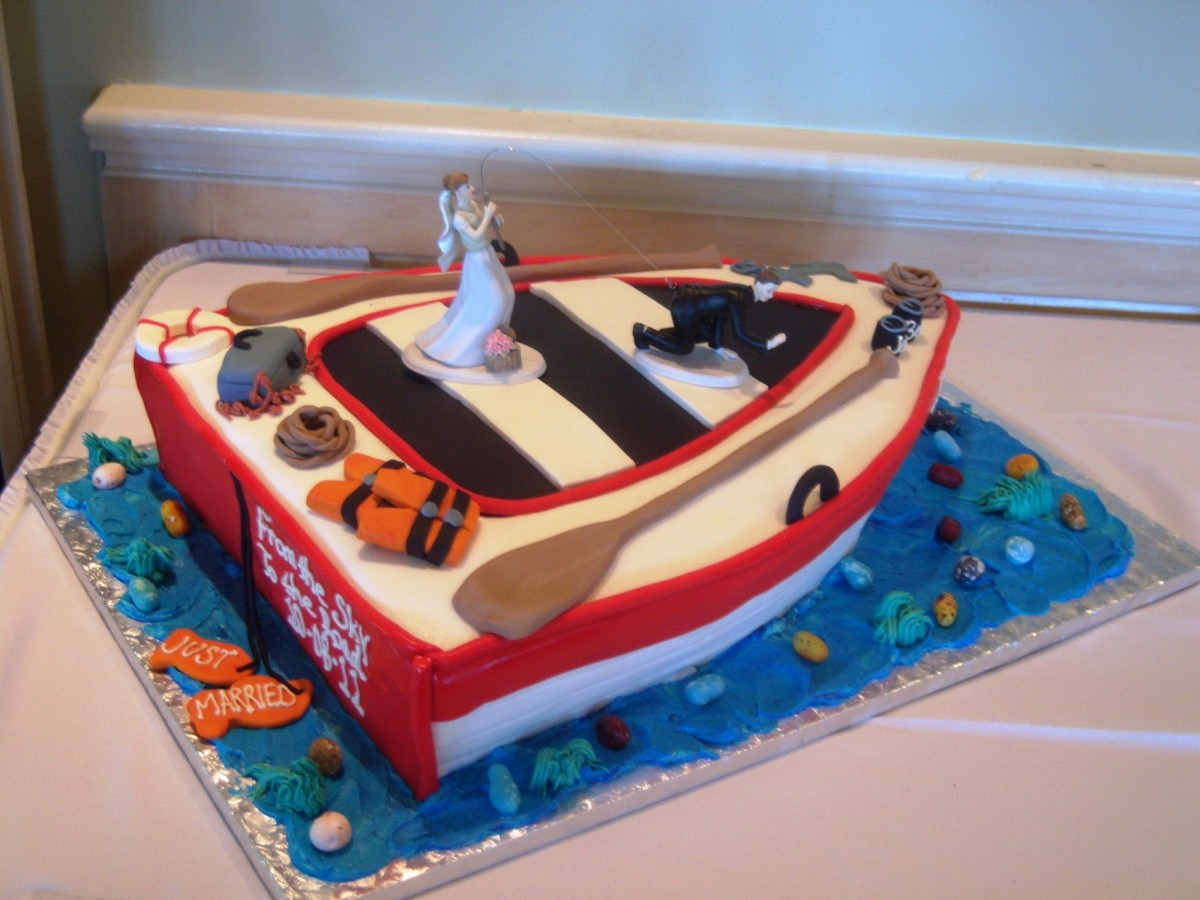 Welcome back to another fun and exciting week.  I have missed two weeks, but we have been busy creating all sorts of fun things in the kitchens.  We had a whirlwind of detailed groomscakes, special birthday cakes and very cute baby shower cakes.  So we will have many stories to tell. Last weekend was the wedding of Jen and Ben, and they got married at the Inn at Kelly’s Ford in Remington, Virginia.  It is a very quaint and picturesque venue and makes for great photos.  Jen wanted to surprise her soon-to-be husband with a spectacular groomscake with his all-time favorite hobby – bass fishing.  Her challenge to us was to create a bass boat using the colors of red, white and black   She supplied us with some photos of real bass boats and left the rest to us.  As for the flavor, she definitely wanted our mocha truffle filling, but the cake flavor was to be a surprise.  So we decided to make her the ultimate cake.  We alternated layers of vanilla and chocolate sponge cake and put plenty of our fantastic mocha truffle filling in between.  We then worked on carving the shape of the boat and tapered it down towards the bottom like a real boat.  Once the shape was ready, we covered the entire boat in vanilla buttercream icing. As the cake was chilling out in the fridge and awaiting its fondant cover, we went to work on some details.  Everyone in the bakery was throwing out suggestions as to what they take with them fishing.  Who knew we had a bunch of fishermen and women in the kitchen?  The red and white life preserver was must, as were life jackets, anchor, oars, ropes, tackle box and two personalized beer cans!  There was a lot of fondant rolling and colors being made.  As those items were setting, we were ready to cover the cake in fondant.  We started with white fondant to cover the entire cake.  Once that layer was on, we marked and scored it to look like individual wood planks used to build a boat.  That was followed by a red painted plank as the top one and a red backside.  The interior of the boat was covered in black fondant to give it some depth and white benches were then added.  Now then fun began.  We added all the elements on to the cake, but needed it to look more realistic.  We rolled tiny little worms spilling out of the tackle box!  Then the entire board was covered in various shades of blue buttercream to mimic water.  We added candy rocks and green marsh, but it still needed something more.  After a few more minutes it finally came to us, we wanted to tie two wedding bells that said “JUST MARRIED” on the back, just like their getaway car for that evening.  As we were about to do that, an even better thought came into mind, we tied two fish to the back instead!  The bride completed the fun with her cake topper of the bride hooking her groom. Don’t forget to stop by either location to have some of our fantastic granola, jams and fun pasta.  We only have a few bags left of the Halloween pasta for your parties, so don’t delay.  In the meantime, stop by for a complimentary cup of coffee when you purchase any of our new products.